Funded by the State of Colorado Office of Economic Development 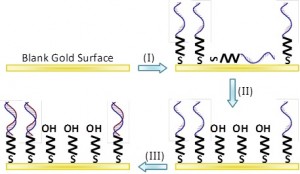 The main goal of this project is to use Micro-electromechanical resonant devices with their electronic readout capability as highly sensitive biomolecular sensors. Adsorption of molecules on the resonator surfaces increases the mass of the resonating plate resulting in a drop in the resonant frequency of the resonator. This could be used to detect and measure smallest concentrations of target bio-molecules. However, the main bottleneck for using MEMS resonators in biosensing applications is the excessive viscosity when operating such devices in liquid. Thermally actuated as well as thin-film piezoelectric on substrate (TPoS) rotational mode disk resonators, demonstrating quality factors as high as 300 and 100 in liquid media, respectively, have been developed and successfully implemented for direct real-time detection of biomolecules. Since all the surfaces of such structures in the resonant mode of interest slide in parallel to the liquid interface, they have minimal interaction with the surrounding liquid. This has been shown to significantly reduce the energy loss into the liquid as well as mass loading by the liquid. 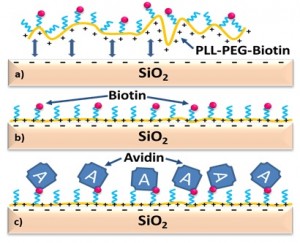